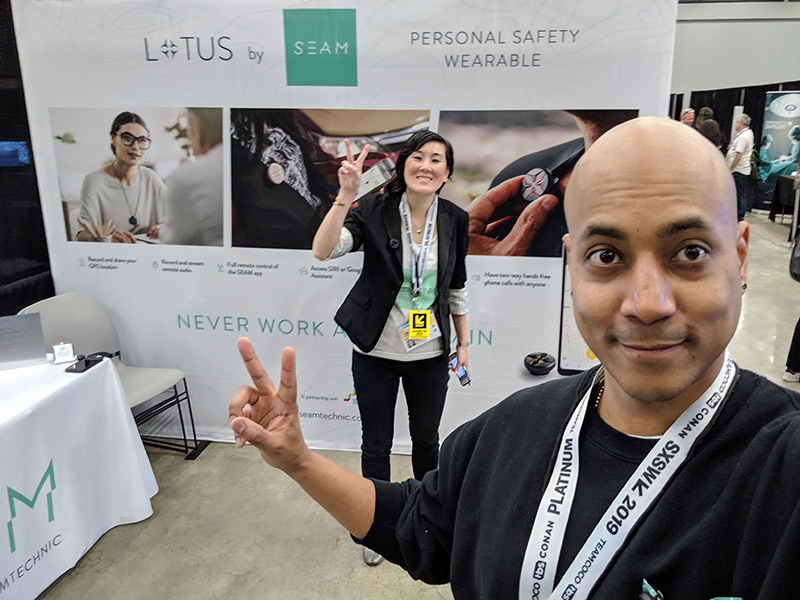 That’s a Wrap! Thank you, SXSW! 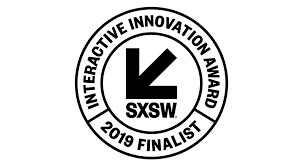 We were honored to be a SXSW Interactive Innovation Style and Wearable Award finalist, and the organizers at SXSW made sure we had an amazing time. With over 200 demos of the Lotus by SEAM given, one full day of exhibition, 4 days of panels and keynote discussions, and countless pounds of BBQ consumed, we bid a very fond farewell to Austin and SXSW and returned to Toronto, heads filled with ideas, hearts filled with love and bellies filled with (you guessed it) BBQ.

Exhibiting with other interactive award finalists at the Austin Convention Center was a thrill. We have to give SXSW attendees some serious props for being tech-savvy. We were impressed by the knowledge of the people we mingled with and delighted that so many people understood what we were doing with the Lotus by SEAM, trying to keep people safer.

Although many cool people stopped by our booth, one of the coolest was U.S. Senator Mazie Hirono. A trailblazer, Senator Hirono is the first Asian-American female senator, elected by the great state of Hawaii and she is also quite the early tech adopter. We were excited to show Senator Hirono how the Lotus is keeping people more connected and safe.

Hosted by the hilarious Beth Stelling, the awards ceremony was a celebration of innovation and great companies doing great things to solve problems in the world. It was an inspiring evening of winners all around and we enjoyed meeting with fellow startups and entrepreneurs. It was also fun to hear Moritz Simon Geist rock out with his robots.

Along the way, we had the honor of meeting Black Girls Code founder and SXSW Hall of Fame inductee Kimberly Bryant.

And it wouldn’t be SXSW if we didn’t ride a scooter or two. Or three. Or a thousand.

The ultimate takeaway from SXSW is to keep pushing, creating and doing. And to eat as much BBQ as you want.

Thanks again, SXSW and Austin! See you next year!