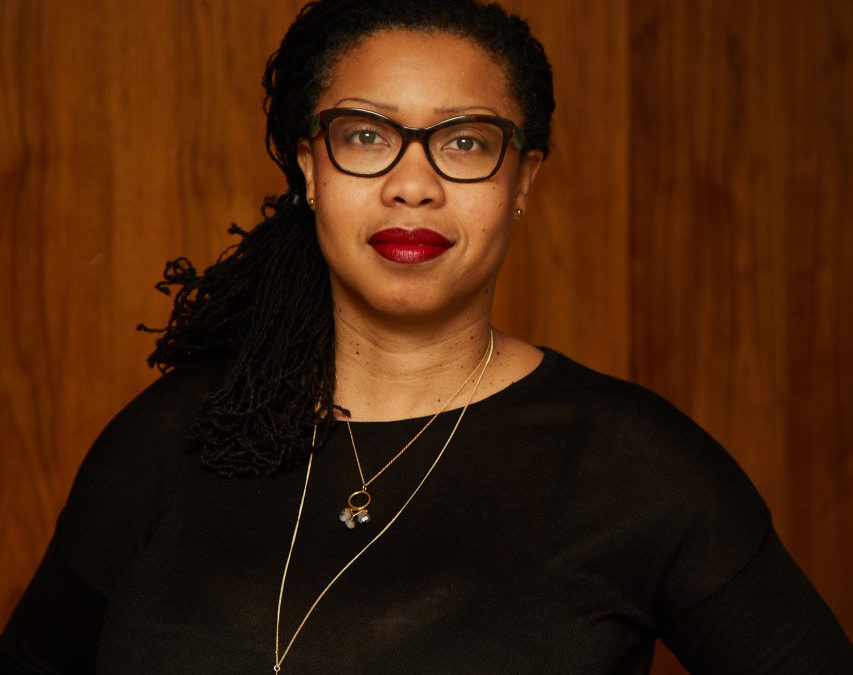 In conjunction with our partners the Canadian Women’s Foundation, SEAM is celebrating female leaders we look up to all week long! March 8, 2019 is International Women’s Day: a time to celebrate progress made, but also a time to push for a more gender-equal world. The theme chosen this year is ‘Balance for Better Leadership’. 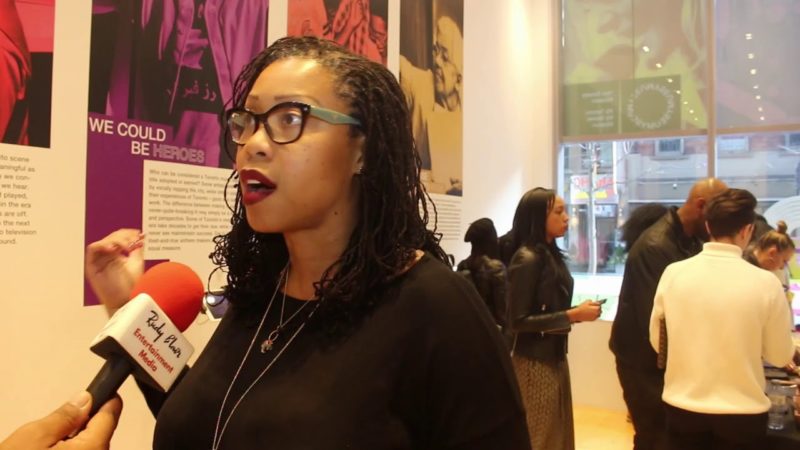 Let’s meet: Karen Carter, Founding Executive Director at Myseum of Toronto. She has over 20 years of experience working and volunteering in a variety of cultural and educational settings in Toronto. Karen is also the co-founder and Director of Black Artists’ Networks Dialogue (BAND), an organization dedicated to the promotion of Black arts and culture in Canada and abroad.

Q: Karen, what barriers have you faced in your own journey?

I guess I would say the barrier is usually people not expecting someone who looks like me, to be doing some of the things I have done. Racialized people are mainstream but in a Canadian context, that “otherness” is usually structured from a White-Eurocentric lens. Cultures from different racialized communities are seen as “the others” when coming into spaces that have been largely crafted by Europeans.

Having spent time working at the City of Toronto in the Museum department and then going to Heritage Toronto as an Executive Director. These are examples of work that I did in a space that people didn’t expect someone like me. I remember walking into many interview because my name is Karen Carter where people are not expecting someone who looks like me to show up. As we got started with the work we were doing to look at the city’s heritage and diversify the narratives, conversations, and stories that were being told around Toronto’s history it was also one of the challenges. Toronto at its grassroots is very diverse and largely quite accepting.

Even though you might meet people who are limited in their idea of what being a Torontonian means, you will meet more people who are open to what diversity, cultural engagement, and cross-cultural engagement mean. So we’re always aware of different languages, cultures, ways of dressing & sexual and religious identity. Even though I have had challenges, it has been more as a Culture Executive. People have trouble deeming me valid in those leadership roles at times. There were always ‘safe spaces’ at the community level I could go to, to recalibrate and rejuvenate before diving back into the senior-level crazy to get things done.

You always need to balance that reach into the community, I think I have built a band of support around me. That’s my strength. I am really interested in how you engage culture or communities to make big things happen. That grassroots network has been my saving grace in more ways than one. It’s kept me sane in difficult times but it’s also helped me to pull those relationships together to make something like Myseum. Building a city museum without walls, which is this new way of thinking about city museums, I think globally.

This is a way for the museum sector to look at (even if they have space) how much time are they taking to get out into their communities? To know the people who are in their backyard, that they claim to want to be their audiences, donors, board members, supporters. It’s all because I depend on community, the answer is more structured around what has been possible rather than the limitations but there have been challenges.

Q: What do you think it will take to achieve gender equality in Canada, and do organizations such as Myseum & BAND have a role in achieving that? 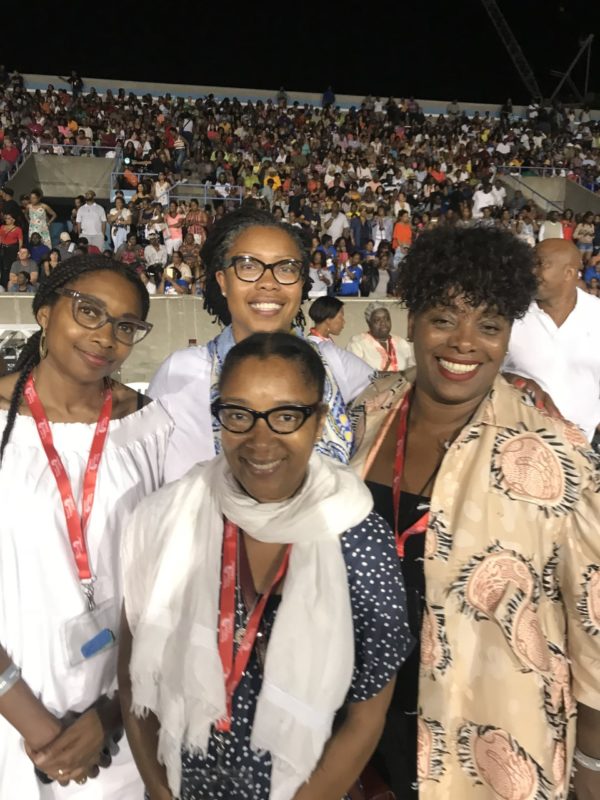 The gender equality question for me is this interesting & a challenging one, as a Black woman I enter a space around equality from a race as well as gender standpoint. Often I lead with race because I have brothers, uncles, nephews, my father. The black male identity is often constructed as public enemy #1 in a lot of cities globally and definitely at times in Toronto. So the gender equality conversation for me is always one about how do elements like race, sexual identity and other intersectional factors come into the discussion.

It’s interesting, we’re in the process of doing work around some screenings around Claire Prieto-Fuller’s contribution to Canadian cinema. I remember talking to her, as she recollected memories from the ’90s where the feminist narrative was constructed to strip away every element of one’s identity, apart from their sexuality. The first challenge for gender parity is to address how complex, intersectional, and thus messy, identity is around gender. What does that space look like when all women are able to contribute their voices to what they perceive equity should look like?

The consciousness of including men is that you can’t achieve equality without them being part of the conversations. Most racialized women come to the table with that strength of thinking about their gender as well as their community because of those layered intersectional elements. Our voice at that table means, we’re already thinking of pulling our men into the conversation. It has to be men taking their own leadership roles, being allies, and being at the table so we as human beings craft space going forward for the next generation that is more equitable for everybody.

I don’t see BAND or Myseum necessarily having a leadership role in that. However, as culture entities that are effective in commenting on and engaging in conversations that are relevant to the community, they can impact public thinking. I am no longer directly involved with Myseum I cheer from the sidelines because I have a lot of love for that team. Being directly involved with BAND now, moving from the board into a lead staff role we are no different than any other cultural entity, we have a social responsibility to do our best to make the world a better place.

Both organizations have a leadership role to play in the way they program, that is commenting on all societal issues and issues around gender, equality is a key component to that.

Q: What role, if any, do you see technology playing in helping achieve these goals? 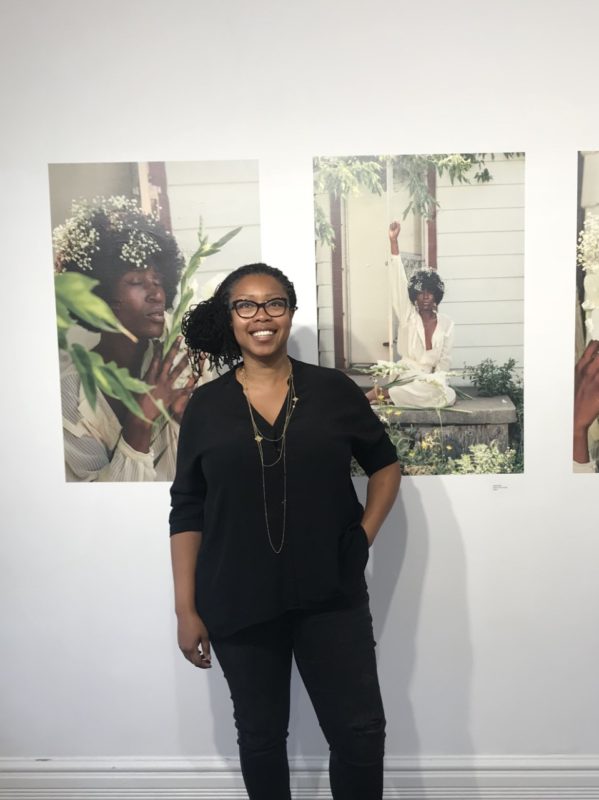 There are gaps but I think of technology as an equalizer, even though women may not be dominating the leadership roles in the startup world. They are doing interesting things with technology in controlling how they engage with technology as independent consultants who are working on projects.

Women, who are working independently on the marketing & promotion side, dominate the social media activation world. They’re really good at the nuances around brand identity and being able to read the tea leaves to construct online narratives that have made companies very successful. In turn, this has allowed them the independence to work in ways that they want to.

I was sitting downstairs at the Café in the Gladstone yesterday and listening to a woman who’s clearly adept at the world of Cryptocurrency, and how the online trading market works. She was speaking in foreign tongues as far as my knowledge of that world goes, but it was just intriguing. I felt I knew she was legitimate because of her use of the language from her sector; if I speak in a particular way it shows my legitimacy, in my case cultural sector.

It was just fascinating to me, so I think that women always find ways to craft spaces with new innovations. Whether or not the record of history shows their leadership role, that helped forge their own identity and their own understanding of what that particular innovative space may mean. I think we’ve always done that, it’s not surprising to me that I see women creating their own spaces within the technology industry and making it mean, what they want it to mean to and for them.

Q. Looking ahead, what’s next for you?

We sometimes problematize success, in making it the male version of how success should be defined. We need to stop doing that. Now as I look past Myseum, I have plans to start a culture project in the Caribbean. I want to help crest a much more robust cultural space with a mix of private collectors, museums and cultural spaces. All benefiting from, engaging and talking to each other the way that things happen here in North America & Europe.

I have to remind myself that I can’t define what success looks like by someone else’s rules. By other people’s rules, I should try to get another job, running another museum, reporting to another board even though I’m done with that. I want to do something else that gives me the independence and allows me (as stated from the get-go) to engage with the community. Give and create an opportunity for the grassroots to be able to diversify the way in which they are engaging with culture.

I’m excited about stepping into that space and being able to cultivate partnerships and create a community around what culture means in the 21st century for the Caribbean. Partly because there’s that sense of wanting to give back, it’s where I was born, where my dad and family is, there’s a network where I know I can tap into. Honestly, I am also really practical, I also just need more time in the sun when it’s mindlessly cold here. It’s also about the challenge of doing something new, where it’s still possible to do new things with big ideas hard work and not so much money.

The Lotus is a personal safety wearable that, when paired with the SEAM app, lets you record and share your GPS location with streaming audio, access your voice assistant and communicate hands-free. For each Lotus personal safety device sold, $1 will be donated to the Canadian Women’s Foundation.